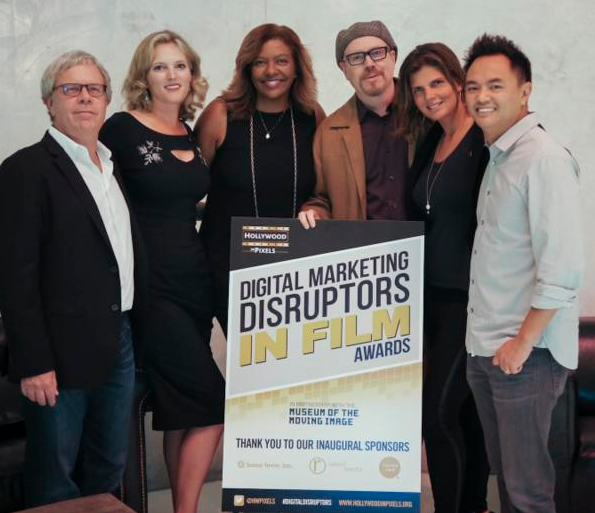 On Tuesday October 27, Hollywood in Pixels hosted over 120 digital film marketers and agency execs for the Digital Marketing Disruptors in Film Awards, which was launched to highlight the preservation of digital marketing campaigns.

Bettina Sherick, former SVP, Digital Strategic Marketing at 20th Century Fox International, realized that there was no organized effort around preserving digital marketing campaigns for film, and thus Hollywood in Pixels was born.

Says Sherick, “I’ve made it my mission to make sure we save the pixels.” 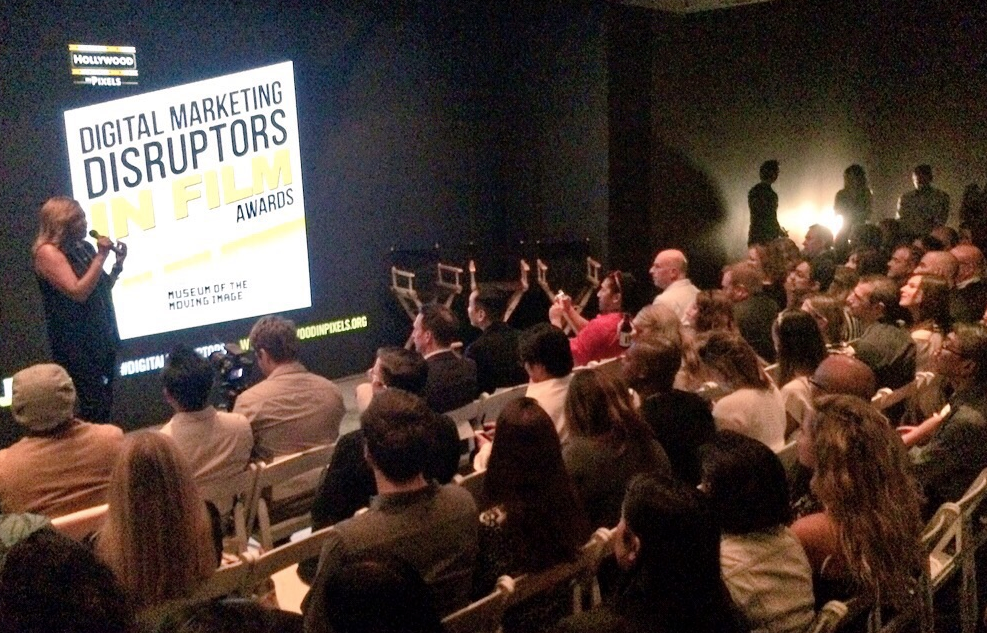 By creating an awards show to bring industry vets together to share their stories, Hollywood In Pixels recognizes film campaigns that made a significant impact on the Hollywood / movie-going experience, and ultimately to increase awareness about the organization’s goal to preserve content.

War stories were shared, as each panelist described what it was like to have digital marketing move from being an afterthought to being the cornerstone of all marketing campaigns.

Debates broke out as to whether the first movie site was for Crawford’s Stargate at MGM, or Marc Wade’s Star Trek Generations at Paramount.

Paddison provided some great laughs over the Boogie Nights website, which brought all the digital marketers to the MPAA’s principal office (Paddison went on to produce campaigns for New Line successes such as Snakes on a Plane and the original Lord of the Rings trilogy).

Yim talked about the days of screensavers, and the last minute freakouts over what happens when the Independence Day countdown clock hit zero? 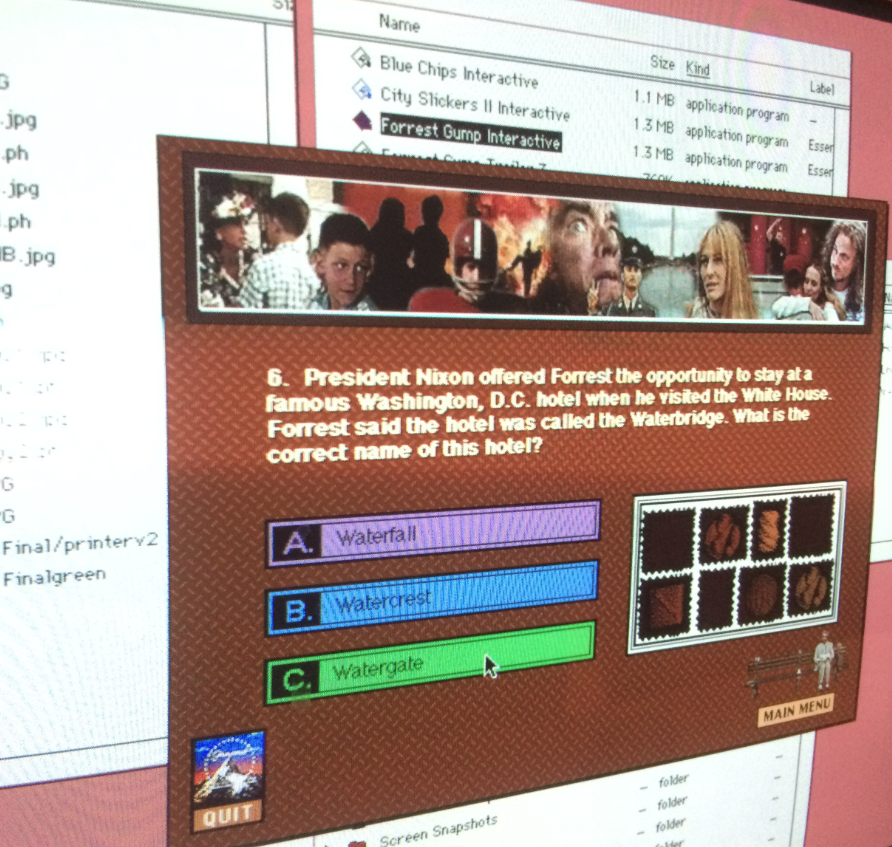 The first Clio-winning digital campaign (for Forrest Gump) was on display via a 20-year old external drive attached to a Mac that was just as old, as were games for the Leslie Nielsen slapstick classic Naked Gun.

Says moderator Whitney Cicero (Cicero Consulting), “The lawlessness of digital is one of the reasons why we were so successful. Digital is the spine from which everything else launches from.”

And when asked about the future of digital marketing, Buckley notes: “Emojis, videos to send messages, the growth of the GoPro camera, YouTube, Snapchat, Twitter, etc. — we will be embracing visual communication; verbal communication is on the decline.”

Sherick encouraged attendees to get involved by sending her their old floppy discs, Flash animations, and microsites — just like IMDb stores movie posters and stills, Hollywood in Pixels hopes to preserve film marketing campaigns on a working interactive web site.