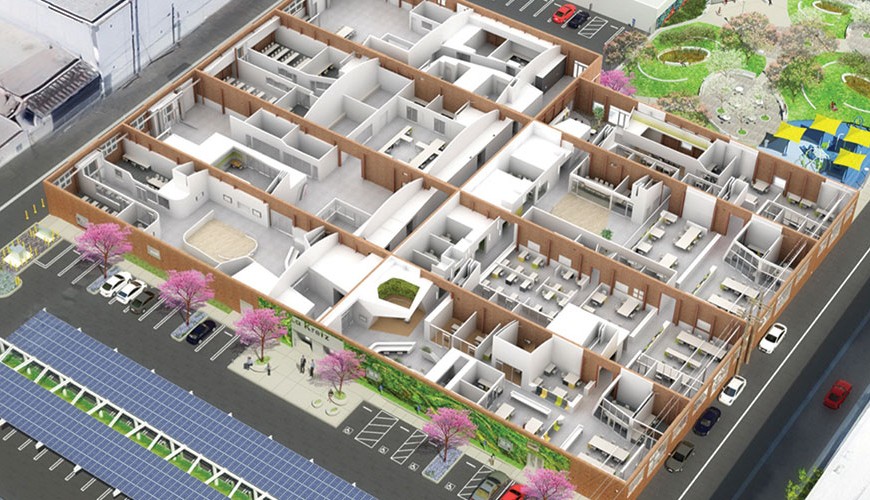 Anyone going through downtown LA’s Arts District will notice major change at every corner these days — a fringe area once known for fringe elements is is starting to become the next hot neighborhood to live and work, mirroring the decade-long transformation of NYC’s Meatpacking District.

In recent years, huge abandoned warehouses that once housed artists are being converted into working spaces, and shops, galleries, and restaurants have trickled in.

And in the coming weeks, the newest addition to the neighborhood will soon open, LA CLEAN TECH INCUBATOR‘s La Kretz Innovation Campus. 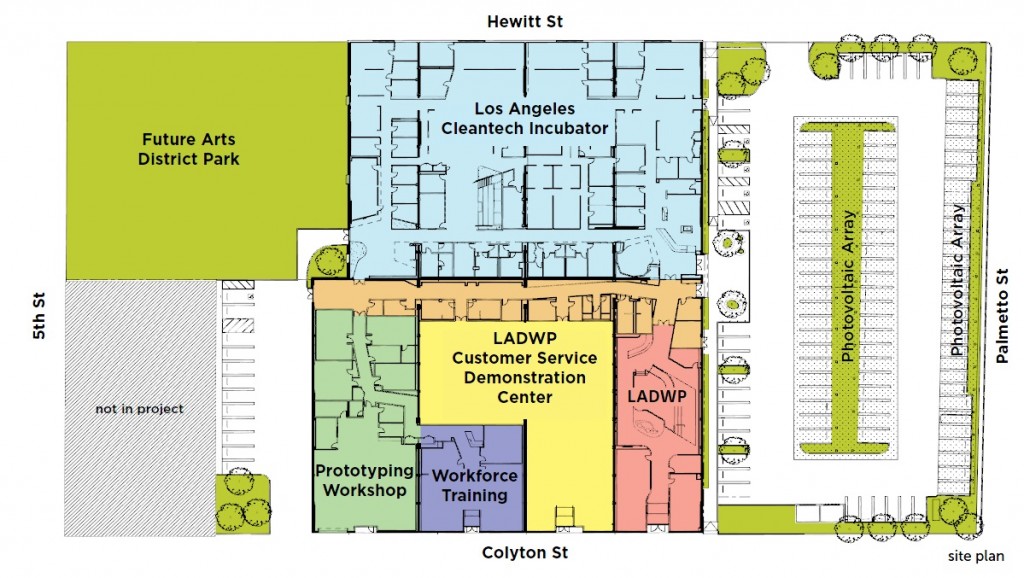 The 60,000 square foot campus, which sits right across the street from DWP’s offices, is a state-of-the-art facility, featuring private and collaborative work spaces, a training center, a showcase area for the home of the future, as well as a Prototype Manufacturing Lab, complete with a 3D printing room, a wet lab, an electronics lab, a welding room, and laser cutter. 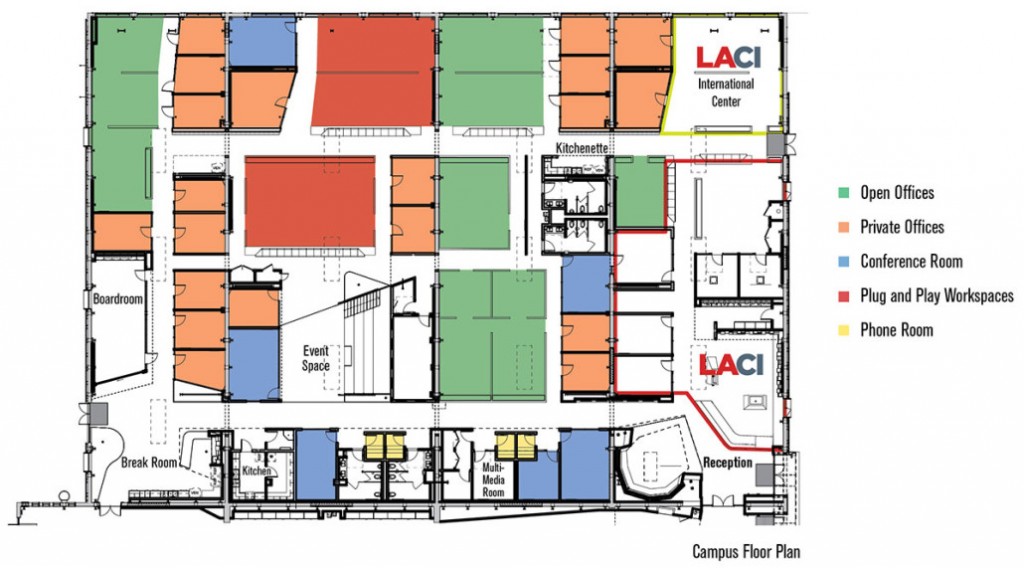 LA Clean Tech Incubator launched in October 2011 with the vision and support of then-Mayor Antonio Villaragosa, who saw the initiative as a means to attract new business for the city, foster innovation and economic development, and become the marketplace leader for CleanTech.

Explains LACI CEO Fred Walti, the Incubator takes a long-term approach to develop its portfolio companies and help them bring their products and services to market by offering workspace (which is currently a block away from the new, larger Campus), business assistance and bootcamps, and access to their international network of peers, supporters, partners, and clients.

In addition to formalized business training and seminars on subjects ranging from pitch, investment, and intellectual property strategies, each portfolio company is assigned an Entrepreneur in Residence to mentor the company, many of whom come from having successfully launched their own businesses themselves.

And because of LACI’s unique position, its network spans across a wide array of public & private entities, from city / state federal government to research universities, banking & finance, corporations, utlities, local businesses, foundations, and any company that has an interest in working with world-class innovation hub in a large green economy.

LACI receives about ten applicants a month, and has only taken on 40 companies in its four years of existence. The applicants come from local universities, business competitions, LACI’s annual conference, or from being in the Clean Tech ecosystem in general. 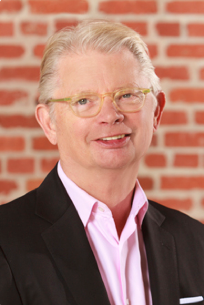 Explains Walti, “We evaluate the companies on a range of criteria — is the technology disruptive? is the management good enough to take it to the next level, is the market big enough? and so forth and so on.”

Although a large number of applicants and portfolio companies are hardware companies, the wide variety of fields covered include energy generation and storage, energy efficiency software, FinTech, AgTech, transportation and shipping, even closed-loop food and energy generation. Because of headlines in recent months, there has been an uptick companies looking to solve drought-related issues via water monitoring & conservation.

And business is booming — Walti notes that the 40 portfolio companies will do close to $50 million in sales this year, double what they did last year. LACI has also helped its companies raise $56 million in a sector is very difficult to raise money because it takes so long for these companies to take root and grow.

Says Walti, “We’re just really starting; this is a long term program. Our objective is to build an economy, to build a source of income for the citizens of Los Angeles that can last decades from now. My measurement of success is not how many companies go public from now, which is important, but how many companies can we build, that grow, and develop an economy, a way of finding jobs in what is the fastest growing sector on the globe.” 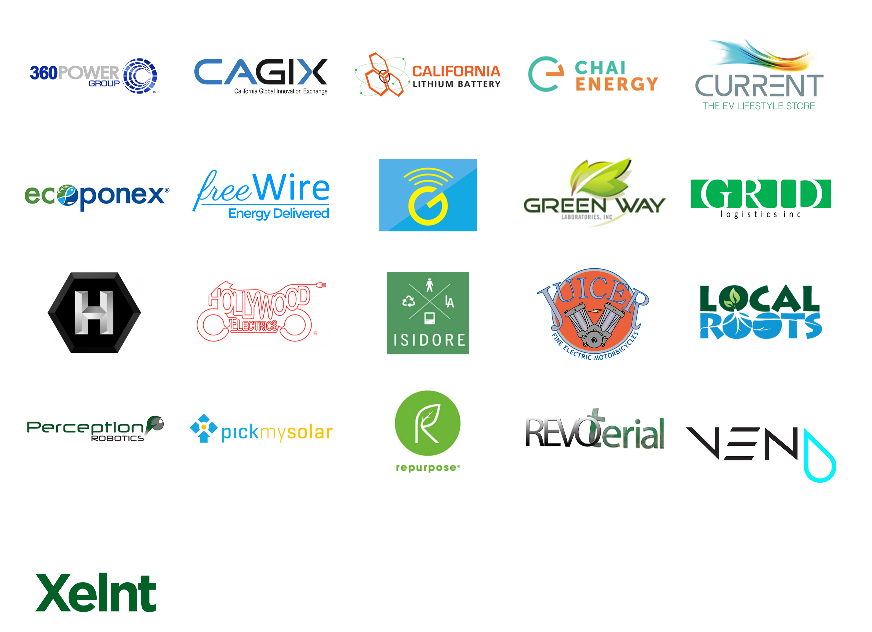 Even as LACI was being formed, Walti understood the need for a great space to foster innovation and collaboration: “An important ingredient in creating an innovation hub is having the right physical space to attract companies and partners of the ecosystem from the very beginning.”

The La Kretz Innovation Campus not only accomplishes this, but plants a flag in establishing the Arts District as the cornerstone of an entire Clean Tech Corridor in the coming years.

The space is named for contributor Morton La Kretz, a successful real estate investor who has a passion for the environment and clean technology, and has supported numerous initiatives around the city.

“This facility has been designed for Clean Technology from the beginning, says Walti. “It’s very unique, I don’t think there’s another one like it in the country, because it combines a place for entrepreneurs to work and develop their stuff — with the laboratory, equipment and space necessary to take it from prototype to early stage manufacturing, combined with an education facility which employees can be trained on how to use the equipment, and to become part of the Clean Tech ecosystem, followed by a testing and certification lab from the Department of Water & Power, and ending in exhibit of new technology within DWP Home of the Future.”

History! Pardon our dust, here are a few pics we took during a hard-hat tour a couple weeks back — we’ll add newer, cleaner pictures in the coming days: 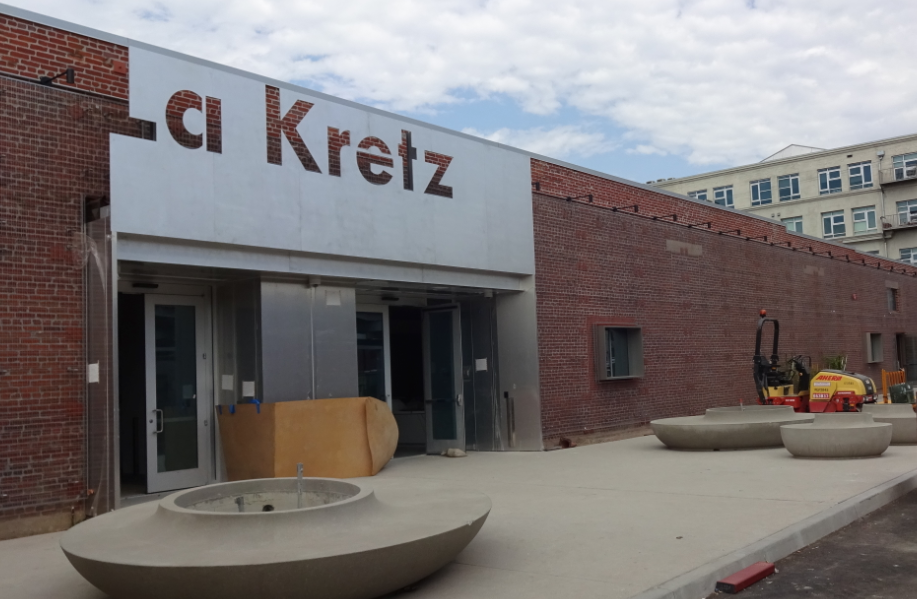 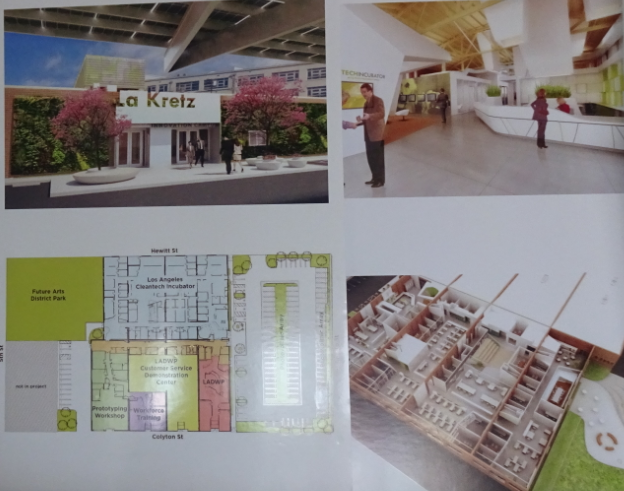 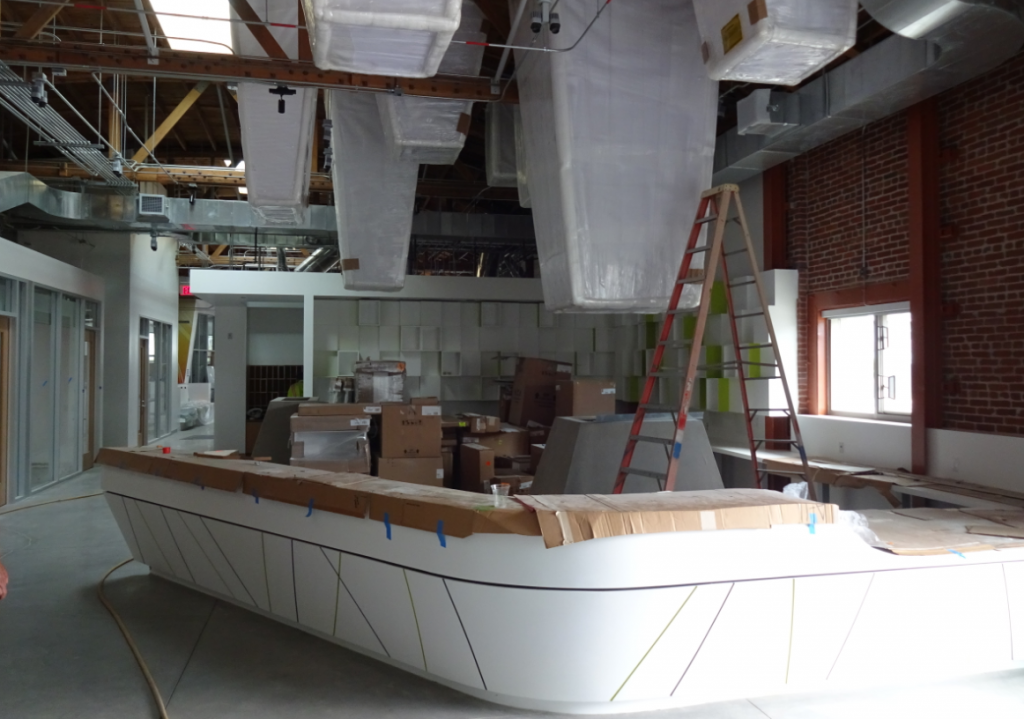 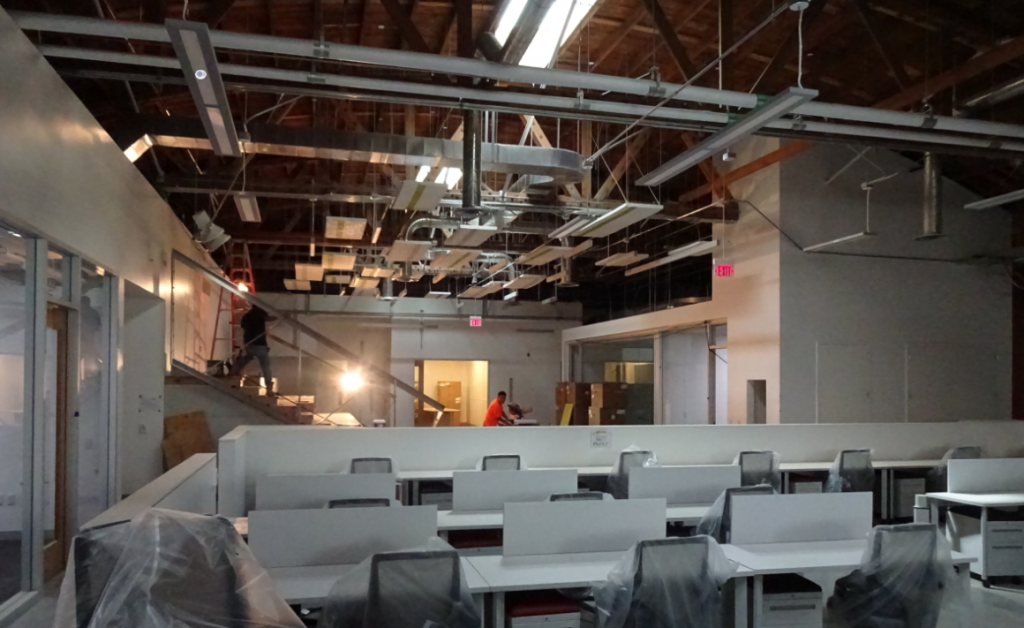 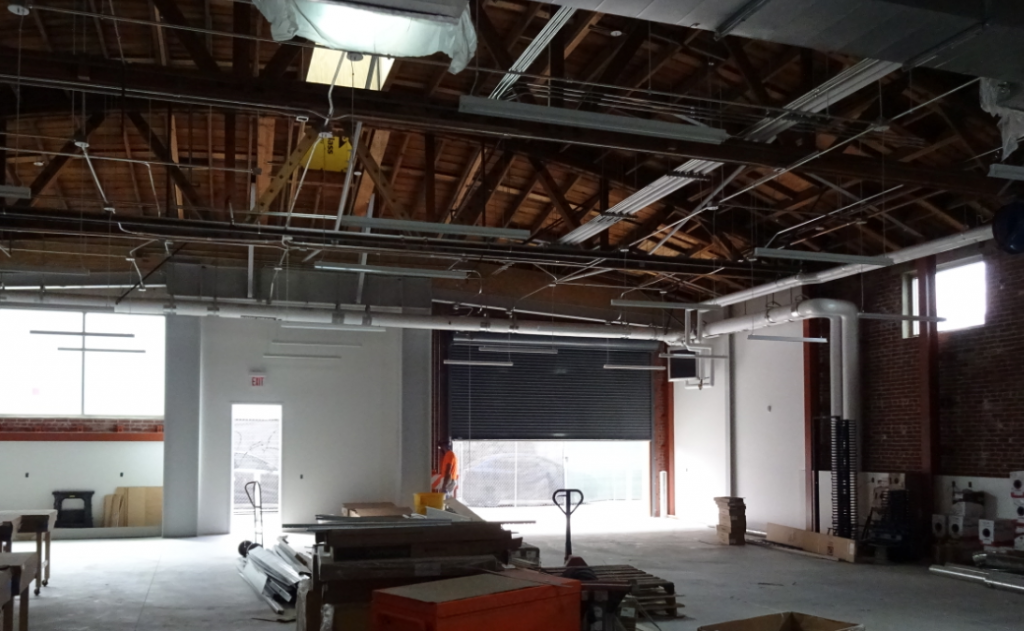 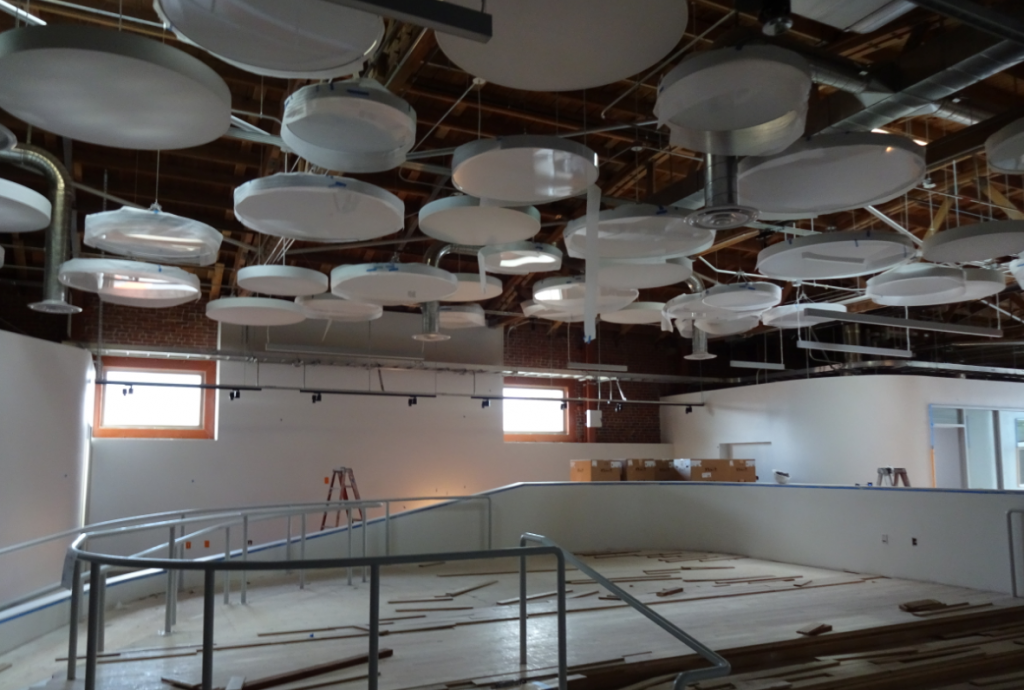 Walti goes on to praise Mayor Villaragosa for his vision and Mayor Garcetti for his continued support, who saw the importance of this initiative early on, during his days on LA’s City Council.

And placing LACI in the Arts District was by design from Day One, a perfect representation of LA’s blend of art and commerce. Walti tells us, “The Arts District is a pretty special place, which despite its name, has always been the industrial core of LA,” providing warehousing, transportation, food, garment manufacturing, metal processing, in a corridor that spans from DTLA all the way south to the harbor.

“Over the years, industries were slowly eroding, and all this unused / low-occupancy commercial space zoned for a whole range of uses. Creative business, people who liked an alternative lifestyle moved in, which has attracted more of those people, restaurants, bars, and now significant development. It’s kind of a muscular, funky place — its a great place, it’s vibrant, it represents a disparity of thinking that is really important for creativity and innovation.”

LACI also has a Network for Global Innovation program to help international businesses assess the market and connect with US-based companies looking to do business in the space, squarely putting LA as the center of the Clean Tech world.

The first day of GloSho features a full day of investors of various levels, from Angels and VCs to banks and private equity, discussing raising money in Clean Tech. The second day will feature more than 50 companies from around the world presenting their solutions to issues across a number of fields within the space, including transportation, agriculture, materials, and manufacturing. 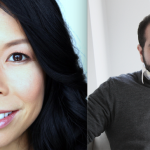 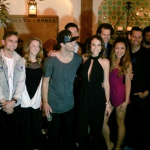 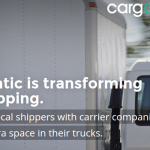