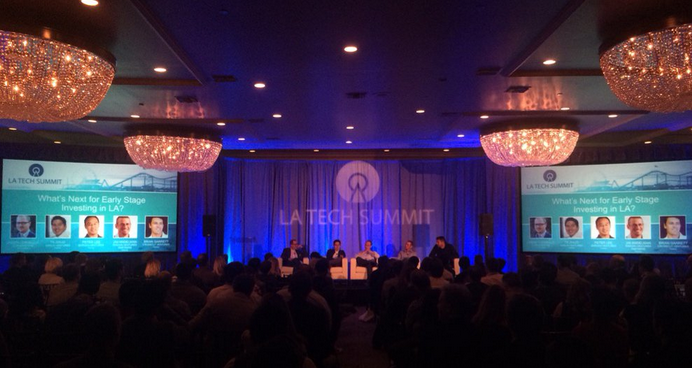 LA’s tech scene is on fire. Recent funding activity points to continued growth, even in the face of falling unicorns.

But any fears of dark times in the tech / funding spaces were allayed by the stellar lineup of VCs and companies that spoke at LA TECH SUMMIT, the fourth annual event hosted by Santa Monica-based Cornerstone on Demand.

With a sellout crowd of over 1000 attendees (over 100 of which were CEOs), the Summit drew the area’s smartest and brightest to share insights and inspire others seeking to dig deeper into LA’s tech space.

Tony & JB Pritzker, whose investments include SpaceX, Honest, and Dollar Shave Club), discussed their reasons for moving to and doubling down on Los Angeles in recent years and the need for community building to enhance the area’s growing ecosystem, as well as how they instill the family work and philanthropy ethic into their own children.

Among the issues addressed included how to keep top engineering students local after graduation (LA has four top schools and graduates more engineers than anywhere else — Tony: “Stanch the outflow by a few percent and the ecosystem grows”), how can LA’s tech community enhance diversity, and facing challenges of any sort (Tony: “If you tell is it can’t be done, we’re likely to do it.”)

Famed investment banker Frank Quattrone hosted an hour-long series of fireside chats with VCs Mamoon Hamid, Aydin Senkut, and Sarah Tavel, who each told their stories and offered advice on how to grow LA, including:

Bring the best people from around the world to LA and introduce them to the locals
Use your local advantages (film, TV) to boost trends like mobile and cloud computing
Use the area’s big companies as a talent magnet, and
Double down on your natural capabilities, citing the massive opportunities in Virtual Reality.

Mark Suster (Upfront) spoke with the founders of Mitu about the rise of its Latin-specific video network, and Howard Marks (Start Engine) discussed the impact of pending equity crowdfunding legislation.

Afternoon breakout session topics included LA-based companies discussing the local landscape for E-Commerce Subscription, Service, B2B, FinTech, Video, Gaming, and Security, and the festivities continued into the evening with an afterparty at The Bungalow.

What's Next for Early Stage Investing in LA? #LATechSummit pic.twitter.com/Yf4ldEqRM2

And despite the challenges of running a startup in any point of the economic cycle, Cornerstone on Demand’s Adam Miller reminded us of one of LA’s greatest assets — its reinvigorating, renewable resources: “When you’re having a shitty day you can always go to the beach.” 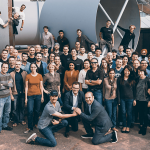 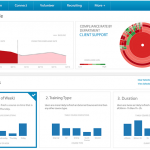 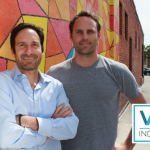