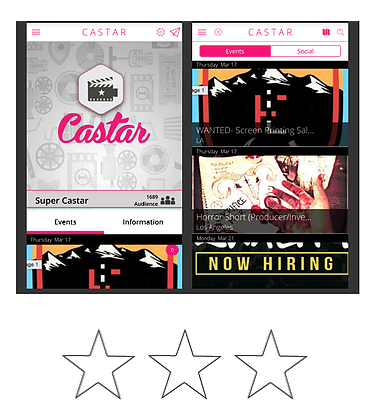 If you want a shot at making it big in the entertainment world, you go to Hollywood.

And anyone who has chosen such a path knows how difficult it can be to make connections with fellow talent, and to gain the attention of the powers that be in this town.

Castar, available now for iOS and Android, aims to make it easier for artists to showcase their wares, connect with each other, and take advantage of new opportunities provided by Castar’s in-app casting service.

Not only does Castar’s functionality center around a process which is fundamental to the entertainment industry: talent casting, the company just so happens to be helmed by individuals who are themselves talented entertainers.

Castar CEO and co-founder Thomas Q. Jones is a former standout NFL running back and successful Hollywood actor. Since leaving the NFL, Jones has owned roles on television including on BET’s Being Mary Jane and Showtime series Shameless and has appeared in movies such as Straight Outta Compton and Runaway Island.

Castar President and co-founder of Joel Robinson, is a talented musician and fashion aficionado with a decade of hands-on experience in the entertainment and fashion industries. 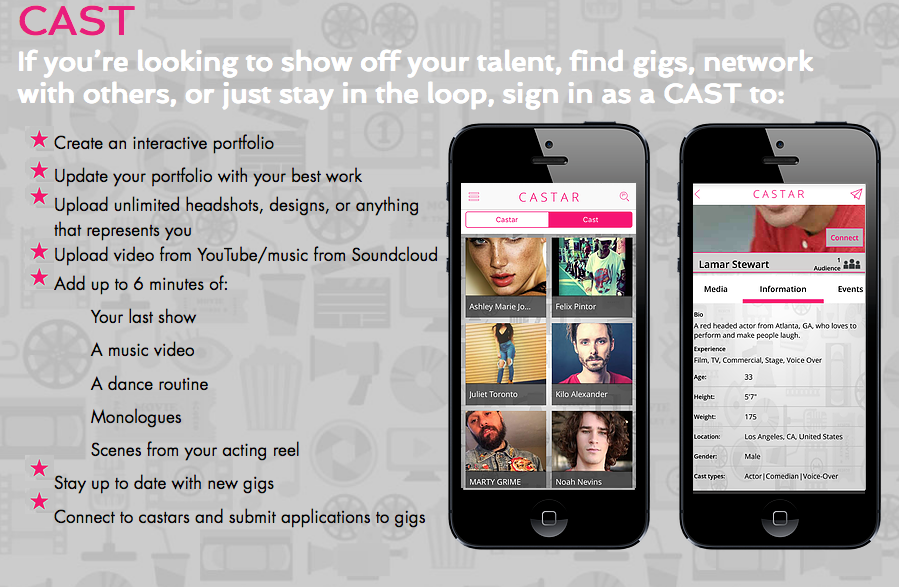 These two men possess a uniquely valuable combination of entertainment industry experience and entrepreneurial knowledge which lends itself to insights and strategies not available to the average tech startup founder, which clearly shows in the features and capabilities Castar provides to users.

“Castar is the result of a series of conversations I had with Joel about aspects of the entertainment industry that we, as entertainers, felt needed improving.” Says Jones, going on to add, “The two of us having such a wide range of entertainment experience has been key in developing Castar into what it’s become today — being able to analyze the industry from the perspective of ‘active participant’ was vital.” 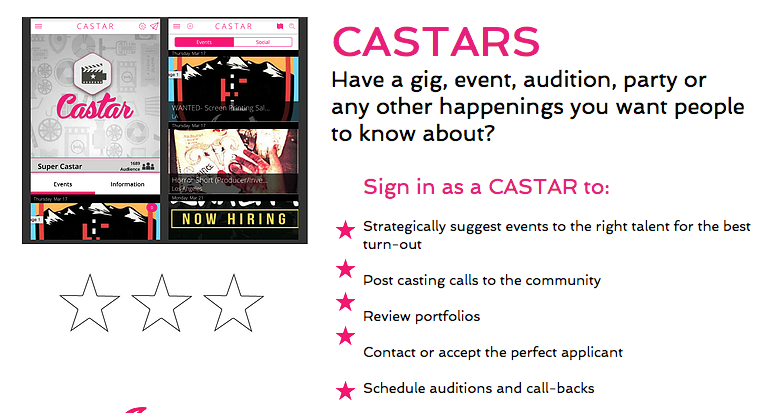 Castar is the marriage of an app-based social network and talent service for the creative community combined with personal enterprise-level network tools. The company exists to help individuals network with others in their industry, showcase talent and secure gigs while providing those in need of cast with a highly-focused new route to secure the perfect talent for whatever need arises.